Anthea McIntyre is a politician and businesswoman and devotes spare time to a range of voluntary-service roles.

As Conservative MEP for the West Midlands since 2011, Anthea is the Party’s spokesman in the European Parliament on both employment and social affairs, and agriculture and rural affairs.

As well as these two key portfolios, she served as a member of the temporary committee created to examine regulation of pesticides and acted as co-ordinator on the committee for her group the European Conservatives and Reformists.

She has drafted Parliamentary reports on subjects including smart farming, encouraging entrepreneurs and re-shoring jobs and piloted legislation through the Parliament to prevent the import of deadly plant pests from abroad. Following the report published by the Pesticides Committee, she has drafted her own analysis of the evidence it received.

Prior to becoming an MEP, she stood for Westminster in the Redditch seat in 1997 and the Shrewsbury and Atcham seat in 2001.

Anthea has also served as a Vice Chairman of the Conservative Party and as a member of the Party Board.

Outside politics she is a director of MCP Systems, a consultancy specialising in business intelligence systems.

Separately she is a partner in a Herefordshire smallholding and vineyard with her husband Frank Myers MBE.

Anthea won the European Woman of Achievement Award for Business in 1997 and in 2009 her work helped win MCP a national award for technological innovation in the Health Service.

In the voluntary sector she chairs Herefordshire Conservative Business Forum, is an Ambassador for the Federation of Small Businesses and an official champion of English regional wines.

Before becoming an MEP she was a member of the BBC Midlands Advisory Council, Hereford Community Health Council, Midlands Electricity Consultative Council and the Regional Policy Committee of the Federation of Small Businesses. 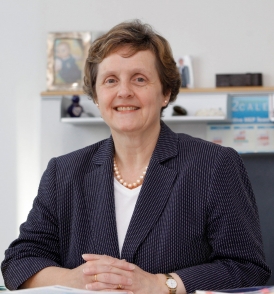 Entrepreneurs will flourish given freedom from red tape - not through wishful thinking or bureaucratic diktat, a Conservative MEP warned today.

West Midlands MEP Anthea McIntyre, Conservative employment spokesman in the European Parliament, was responding to an "action plan" announced by the European Commission to "support entrepreneurs and revolutionise entrepreneurial culture in Europe".

Miss McIntyre gave the report a cautious welcome. She said in places it echoed her own calls for easier access to funding and other help for small businesses. However, she would have welcomed much greater emphasis on boosting competitiveness by reining back burdensome regulation.

She said:  "It is good that the Commission has publicly and unequivocally recognised the importance of entrepreneurs. The report is full of good intention and has sound aims. However I worry that in parts it is a typical business plan drawn up by bureaucrats.

"You cannot create entrepreneurs through bureaucratic force of will. The best way to help entrepreneurs is to get out of their way and let them get on with it.

"The plan helpfully expresses an intention to tackle burdensome regulation - but it comes last on a list of the Commission's action points.

"I hope it is not just an afterthought, because slashing red tape should be central to the plan if it is to have success or real meaning to small businesses.

The Tajani report noted that the number of Europeans who wanted to be their own boss had  dropped by 20% within three years.

Miss McIntyre said: "The report blames the current economic climate for this dramatic fall - but I'm sure it has more to do with the burden of red tape from Brussels. Over-regulation has made running your own business increasingly challenging and hiring staff less attractive.

"That is why I have argued strongly for greater opportunities for small businesses through reduction in regulations and greater access to finance.

"As someone who has run a small business myself, I believe in keeping things simple. Encourage research and development, get finance flowing again and get on with completing the single market. Most importantly, set would-be entrepreneurs free - and they will do the rest"

Ross MEP, Anthea McIntyre, the Conservative’s European Employment Spokesman, has welcomed new statistics that show the number of people claiming Jobseeker’s Allowance in the West Midlands  has fallen by 2,600.

“It’s great news that the number of people claiming Jobseeker’s Allowance – the main unemployment benefit – is falling in the West Midlands.

“British business is rising to the challenge of creating jobs and the Conservatives are determined to ensure that all hardworking people benefit from the recovery.

“There is always more to do, but these figures are encouraging, especially when seen alongside the figures showing the huge increase in Britain’s exports to both Europe and the wider-world and the fact that every sector of the British economy grew in the last quarter.

I am, however, concerned that so many would-be employers I speak to are finding it difficult to recruit new staff, especially in fields such as engineering.  There are thousands of apprenticeship vacancies that offer high-quality training in many different skills and I urge young people to consider them as a valuable route into a rewarding career.”