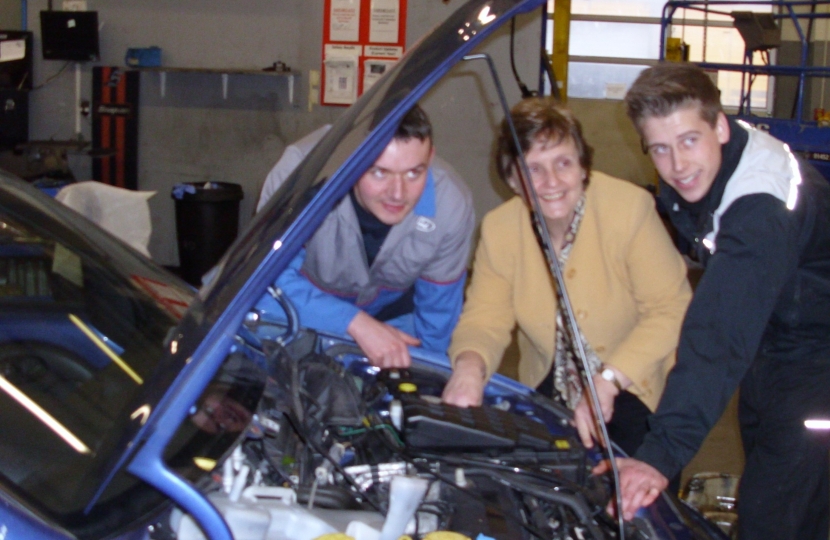 Conservative MEP for the West Midlands Anthea McIntyre has expressed her shock to discover that UKIP are misleading small business owners.

“It seems that UKIP are claiming that the EU is planning to strip car repair garages of the right to conduct MOT tests and to repair vehicles.  But the fact is that the British Government has succeeded in rejecting this proposal,” said Miss McIntyre.

“The Transport Minister, Stephen Hammond MP has said: ‘UKIP are saying that much of the UK testing regime is under threat from Europe. Had I not stood up for Britain, this might have been true. However, after our actions this is simply untrue and it is yet another example of UKIP telling fibs rather the truth.’

“It is typical of UKIP to peddle a myth that they know, or ought to know, has no basis in fact.  This is further proof, if further proof is needed, that so much of what they claim is just misleading and wrong.

“Only the Conservatives have  a plan to deliver real change in Europe,

“Labour and the Liberal Democrats will not stand up for Britain and refuse to give the people a say on our relationship with Europe in an In/Out referendum.  And UKIP simply can’t deliver on anything they promise.”