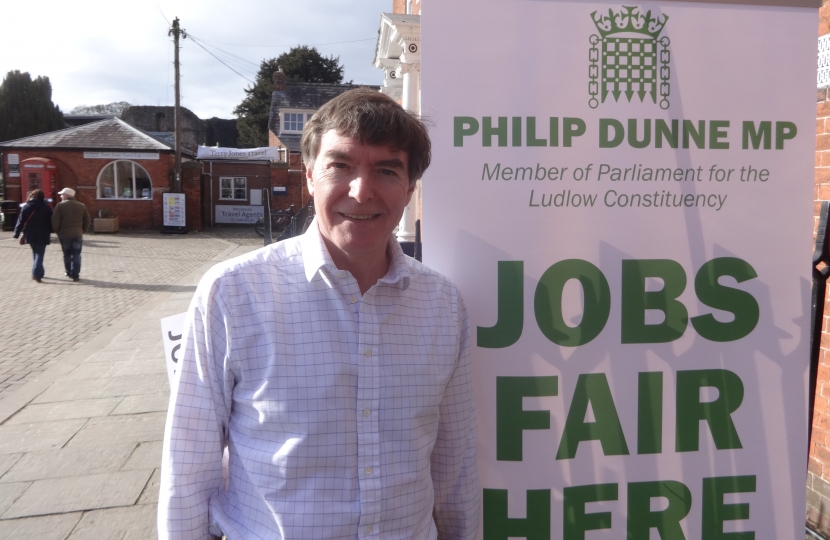 Over 80 job seekers attended the event, where 26 exhibitors had over 150 local jobs and apprenticeships on offer.

Mr Dunne said “The initial feedback from both employers and jobseekers has been really positive, so I hope some of those who attended today will find a stable job as a result.

Clearly, as unemployment has halved in the Ludlow Constituency, there are fewer jobseekers than at similar events over the past two years. At today’s Jobs Fair we have had more jobs on offer, including 10 jobs at Britpart in Craven Arms, half a dozen jobs coming at Shukers in Ludlow this summer as well as care home and clerical jobs at Capita in Ludlow.  This is indicative of the wider jobs market across the Ludlow Constituency, as more firms look to expand and take on employees, and the number of those out of work continues to fall as the economy here in Shropshire grows.

This is more positive news for employment prospects for local people. Supporting businesses to create more jobs is a key part of our Conservative long term economic plan. This trend will only continue in the Ludlow Constituency under a Conservative Government. ”