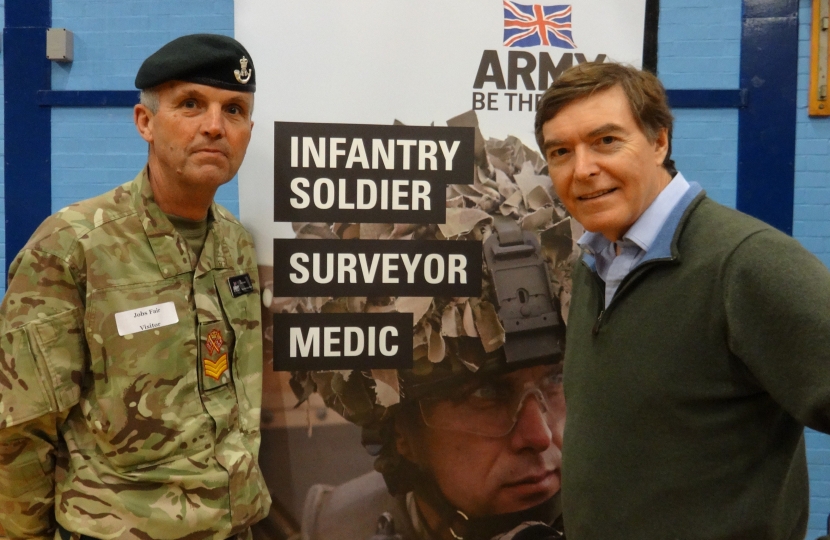 Philip Dunne MP has thanked employers and jobseekers for attending his third Bridgnorth Jobs Fair. Many more local jobs were on offer, with over 240 positions from 30 different employers and training providers available.

Mr Dunne said “I want to thank all those who attended my jobs fair, both jobseekers and exhibiters. I would also like to thank Bridgnorth Endowed School for allowing us to host the event at the Leisure Centre.

“The early feedback from attendees has been very positive, and I hope it has helped some businesses and jobseekers connect. Turnout was lower than previous years, reflecting the improving economy and the significant fall in JSA claimants locally, which has more than halved since 2010.

“I was also very pleased a number of year 11 students from Bridgnorth Endowed School came to have a look at what was on offer and give some thought to their future career. Although youth unemployment has fallen significantly since 2010, by 57% here in Shropshire, it is important young people know the wide range of options available to them after education.”