PHILIP DUNNE MP: CLEAR NOW THAT ONLY CONSERVATIVES CAN DELIVER A REFERENDUM ON EUROPE 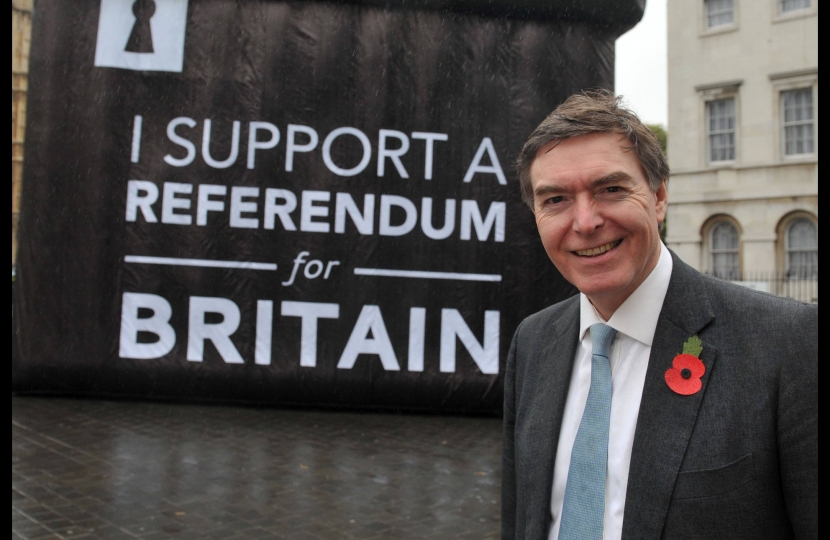 Ed Miliband has today effectively confirmed that if Labour are in government after the next election they will not give the British people a say on our membership of the European Union.

This admission shows that the only way to get an in-out referendum on Britain’s EU membership is by electing a Conservative government. Only the Conservatives can deliver real change in Europe.

‘Our relationship with Europe isn’t working and it needs to change. David Cameron has set out a plan to seek a new settlement for Britain in Europe, and will then let the British people decide in an in-out referendum by the end of 2017.

‘But today Ed Miliband has said that there won’t be a referendum under Labour. The Liberal Democrats won’t have one either and UKIP can’t deliver on their promises.

‘Many people in Shropshire tell me they want an In/Out referendum on the EU. There’s now no doubt that the only way people can get a say on Britain’s membership of the EU is by voting Conservative.’

‘Today Ed Miliband has made his position crystal clear – there will be no referendum under Labour. Only the Conservatives will guarantee and deliver that referendum. It will only happen if I am Prime Minister.’