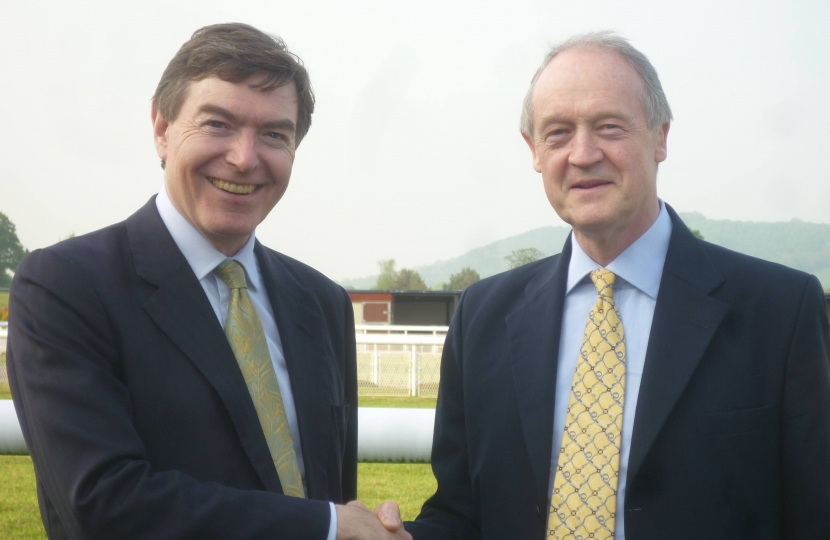 Ludlow’s MP Philip Dunne today welcomed the decision by local Conservatives in Herefordshire, Shropshire, Telford  and Worcestershire to select Adrian Blackshaw as their candidate to stand as Police and Crime Commissioner for West Mercia Police Force.

Adrian Blackshaw, currently a cabinet member of Herefordshire Council, was selected by votes at five hustings meetings held throughout the West Mercia region over the last two weeks.

He said, “I am delighted to be nominated as the Conservative candidate of PCC for West Mercia.  It is a challenging role, with wide responsibilities for which I believe I have relevant management skills.  I am excited by the opportunity to make a significant contribution to the way the West Mercia region is policed and I look forward to working with the Chief Constable, on behalf of all the public in West Mercia, to make it  an even safer place to live, work and visit.”

Adrian Blackshaw has had broad business experience, in a number of industry sectors, embracing publishing, medical product development, financial services, agriculture, among others. He currently farms in Canon Pyon in Herefordshire.

Philip Dunne, MP for Ludlow, in the West Mercia police area, commented "Congratulations to Adrian Blackshaw who has come through the rigorous local Conservative selection process and beaten a very strong field of local candidates. He has had a distinguished career in the Army, the private sector and in local public service. He has a clear vision of how he would use his mandate as a directly elected Police and Crime Commissioner to cut crime, respond to the public's concerns and get good value for the public pound. I look forward to helping him campaign in South Shropshire."

Adrian has had executive responsibility as a Cabinet Member on Herefordshire Council responsible for Economic Regeneration over four years, before taking over the Transport and Sustainability portfolio. During his five years in public service, he has run a number of public/private sector partnerships, initially as Chairman of Visit Herefordshire and recently the Herefordshire Food and Drink Partnership.

In the past, he has worked closely with the Police, as an Army Intelligence Officer, during three tours in Northern Ireland. He has a track record over many years of forging effective partnerships in the corporate, private and public sectors.   These skills, alongside leadership ability, he hopes to put to good use as the new West Mercia PCC.