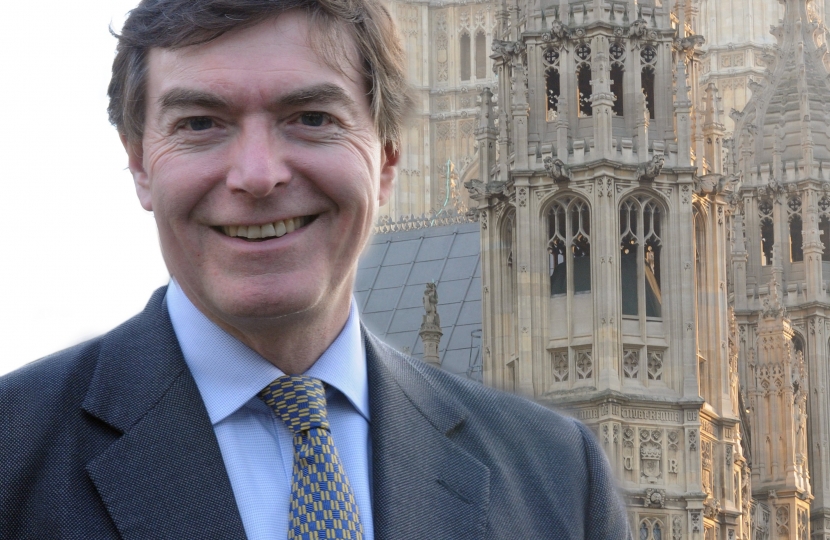 Before Christmas the Government responded to the consultation which it organised last year on the introduction of marriage for same-sex couples.

This consultation exercise prompted more responses than any previous formal Government consultation, with 228,000 individuals and organisations responding, a narrow majority of which (53%) were in favour. In addition several petitions were received, the largest of which had over 500,000 signatures opposing the plans from the Coalition for Marriage.

I have been asked by constituents what my view is of these proposals. I have to date explained what the Government's intentions are, but have followed my normal practice of taking care about committing myself to a specific course of action until I knew what MPs would actually be asked to vote on.

Now that these proposals have been published, and the Prime Minister has confirmed that he rightly regards this as a conscience issue, so the normal rules of collective responsibility for government measures will not apply, I am now in a position to explain my thinking.

I start from the perspective that marriage is one of the most important institutions of human society, which has been respected since early civilisations. It provides a structure for human relationships, binding two people together for long-term commitment and stability.

It is also a firm foundation on which families are built: having and raising children, helping to cement a loving and protective environment for their upbringing.

For those of faith, religious marriage also can mean much more in terms of commitment, recognised by many faiths as a holy sacrament. In my own case as an Anglican married to a Catholic nearly twenty three years ago we had to commit to seek to have children in order to be married in our preferred church.

But marriage as an institution also has a long history of evolution. In 1836 in this country marriage was introduced as a civil institution as well as a religious one.

The introduction of civil partnerships in 2005 brought legal rights for same-sex partnerships into line with civil marriage. I am fully supportive of this development.

I may be regarded as being defined by my age for saying so, but I do hold to the view that marriage should continue to be defined as the union between a man and a woman. I fear that if this fundamental structure of marriage is changed, it risks undermining the institution and its purpose.

Although I am opposed to the proposals, I am pleased that the Government intends to introduce measures through legal protection to ensure no religious organisation or individual minister could be forced into conducting same-sex religious ceremonies.

The Government specifically proposes to change the Equality Act 2010 to ensure that no discrimination claims could be brought successfully against those refusing to marry same-sex couples in religious ceremonies or to permit this to happen on their premises. Also the legislation would be drafted so that any legal action under the European Court of Human Rights in Strasbourg would have to brought against the British Government.