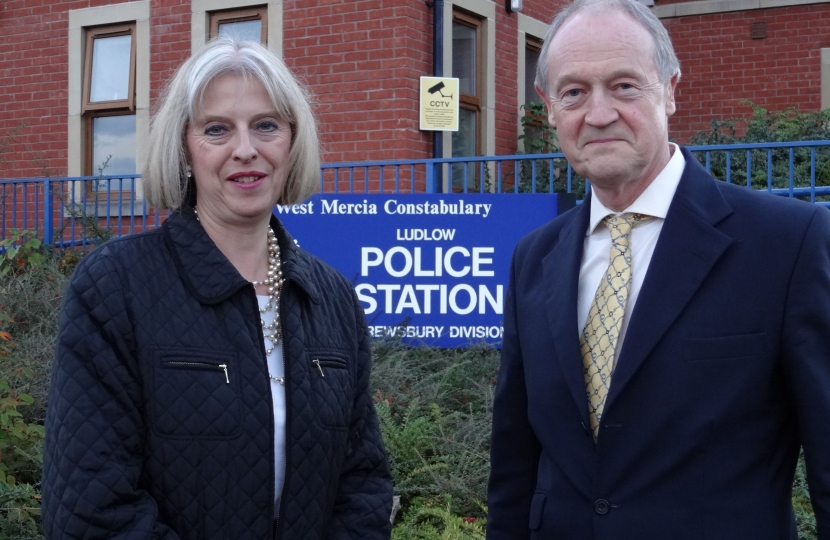 Speaking at a fundraising event at Ludlow Racecourse, the Home Secretary said: “West Mercia has an excellent candidate in Adrian Blackshaw whose military background and career in business makes him well placed to hold the West Mercia Police Force accountable.  I am delighted that his top priority is cutting crime and I know he will be responsive to concerns of local residents.

The election of police and crime commissioners will give the public a direct say in how their communities are policed for the first time.  They are a fundamental part of our reforms to make sure the police are well-led, efficient and single-minded about fighting crime.”

Adrian Blackshaw said:  "This is a courageous decision by Government to create 41 independent free thinking Police & Crime Commissioners in England and Wales. If elected I look forward to working closely with the Chief Constable to deliver a first class police service in Worcestershire, Shropshire, Telford & Wrekin and Herefordshire".