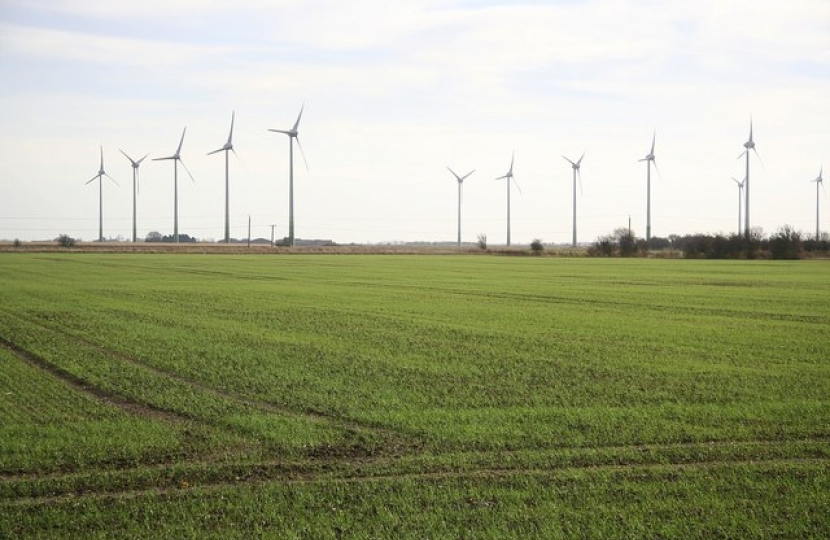 South Shropshire MP Philip Dunne welcomed plans for the next Conservative Government to end public subsidies for newly planned onshore wind projects and give local councils the decisive say on them.

The Conservatives would also make changes to planning rules to give greater protection to an area’s valued countryside and heritage.

The changes would mean that any plans not already in the pipeline for new onshore wind projects would need to be able to pay for themselves and get local support, now that enough onshore wind has been planned to meet the Government’s legally-binding renewable target for 2020.

These changes would be delivered by a Conservative Government within six months of the next election.

Mr Dunne said “I am sure many people in Shropshire will join me in welcoming this announcement that the next Conservative Government will take steps to protect our countryside.

I have always argued that the people of Shropshire have a right to have their voices heard, and that developments affecting our local communities should take into account the landscape, environment and history of our area. Half of the Ludlow constituency is within the Area of Outstanding Natural Beauty, and I believe it should stay that way.

We now have enough projects in the pipeline to meet Britain’s renewable energy targets, so it is right that billpayers should no longer be paying additional subsidy. These measures will help move more power into the hands of local communities and put large scale wind farms that have blighted our neighbours in mid-Wales back into the locally led planning system.”