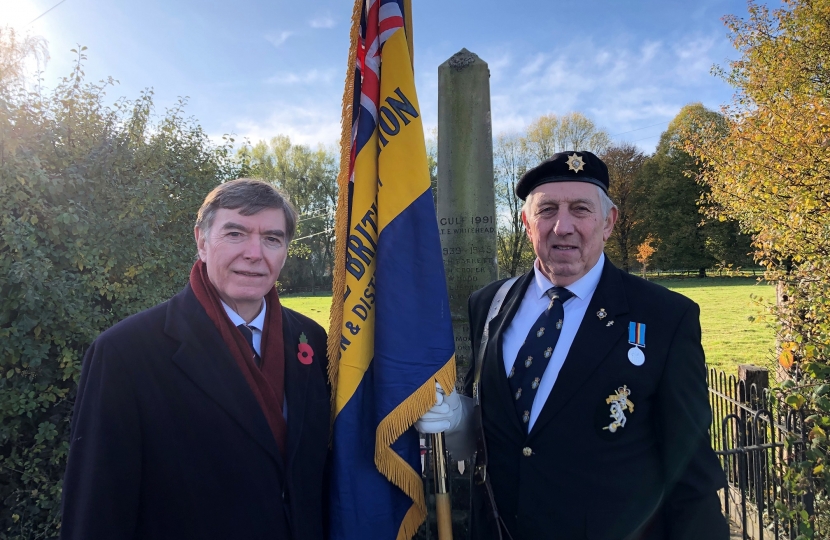 Former Defence Minister Philip Dunne has welcomed a new package of measures from the Conservative Party to support better military personnel, veterans and their families.

The Conservative Party has confirmed it will include a manifesto commitment to protect our Armed Forces from vexatious legal claims by ending the unfair trials of people who served their country. Earlier this year, the Prime Minister set up the new Office for Veterans Affairs to coordinate care for veterans.

To help forces families and service leavers, the Conservative Party will deliver wraparound childcare for Armed Forces families, a guaranteed job interview for veterans, and have proposed a tax cut for every business that employs an ex member of the Armed Forces. They will also introduce a Veterans railcard.

Mr Dunne said: "This new package of measures to support our serving personnel and veterans recognises the sacrifice of those who proudly wear the Queen's uniform.

I know local veterans who undertook tours in Northern Ireland who are now concerned about being dragged through the courts for their service, even when no new evidence has come to light. So it is right and overdue the government acts to put an end to vexatious legal claims against our veterans.

Armed Forces personnel are some of most highly trained and capable individuals, but they can struggle to ease into civilian life without the right support. This package of measures, including more support to help service leavers get into work, shows the Conservatives take seriously this country's responsibility to those who have served."

Chancellor of the Exchequer, Rishi Sunak on the Winter Economy Plan