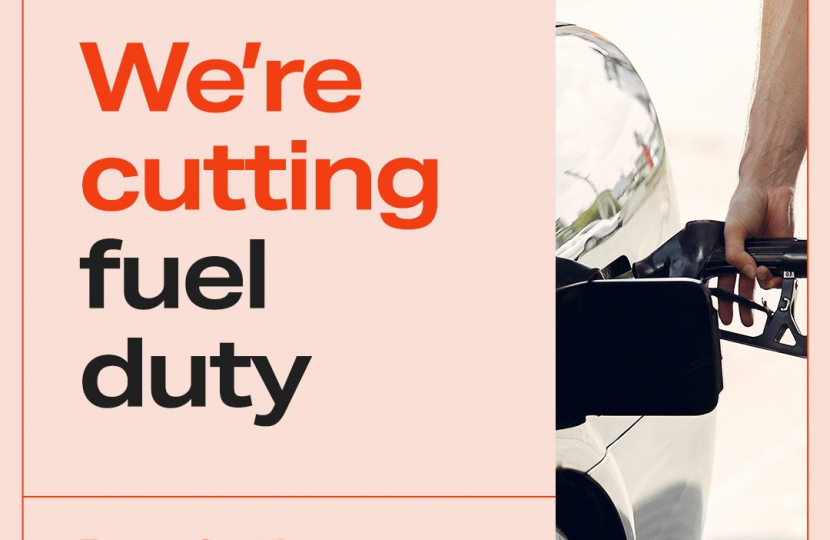 People in South Shropshire will benefit from the Government’s plan to deliver on the biggest cut to personal taxes in over a quarter of a century, says local MP, Philip Dunne.

In today’s Spring Statement, the Chancellor, Rishi Sunak MP, delivered a responsible response for public spending and public finances to protect and increase economic growth while helping families with the cost of living.

Measures set out by the Chancellor include reducing and reforming taxes by:

Slashing fuel duty by 5p for twelve months, delivering a £5 billion tax cut for drivers. Together with the fuel duty freeze, this will save car drivers £100, van drivers £200, and HGV drivers £1,500 this year, coming into effect immediately from 6pm this evening, across the United Kingdom.

Raising the National Insurance personal threshold from £9,500 to £12,570 from July, delivering the largest increase in a starting personal tax threshold in British history. This is equivalent to a £6 billion tax cut for nearly 30 million workers and worth over £330 a year starting in July, across the entire United Kingdom. This is the largest single personal tax cut in a decade. This will also mean that around 70% of people will have their taxes cut by more than what they will pay through the levy to sustainably fund the NHS and social care.

Helping people keep more of what they earn by cutting the basic rate of income tax to 19 pence in 2024, delivering a tax cut worth £5 billion for over 30 million workers, pensioners and savers – only the second income tax cut in two decades and the first income tax cut for 16 years. This will be worth around £175 for a typical taxpayer.

Doubling the existing Household Support Fund to £1 billion, delivering an additional £500 million to the Household Support Fund. This helps the most vulnerable families with the cost of living. The fund is distributed through local authorities in England, who have discretion over exactly how the funding is used. This is expected to benefit 3 to 4 million vulnerable households.

Following calls from the Environmental Audit Committee to remove VAT on energy efficiency upgrades for homes, Mr Dunne also strongly welcomed announcement to zero rate VAT for energy efficiency measures over the next five years, which also reverses the EU’s decision to take wind and water turbines out of scope, and remove all the complex EU imposed red tape. This adds up to a £250 million tax cut for energy efficiency. A typical family installing roof top solar panels will save £1,000 on installation, and then £300 annually on their energy bills.

Mr Dunne said: “The public rightly expects the government to act responsibly with the public finances, but we clearly needed to see measures to help address the cost of living for families up and down the country.

So I welcome the measures announced by the Chancellor in the Spring Statement – including cutting fuel duty, cutting National Insurance for 30 million working people, and in due course cutting the basic rate of Income Tax – meaning people can keep more of what they earn. This Tax Plan delivers the biggest cut to personal taxes in over a quarter of a century – simplifying our system in the long-term whilst delivering immediate relief for cost-of-living pressures.

I am also particularly pleased the Chancellor has listened to recommendations from me and others that we should reduce the tax burden on homeowners who want to make their homes more energy efficient, reducing their bills and cutting carbon emissions too.”

Transport Secretary Grant Shapps on building a railway fit for the future.