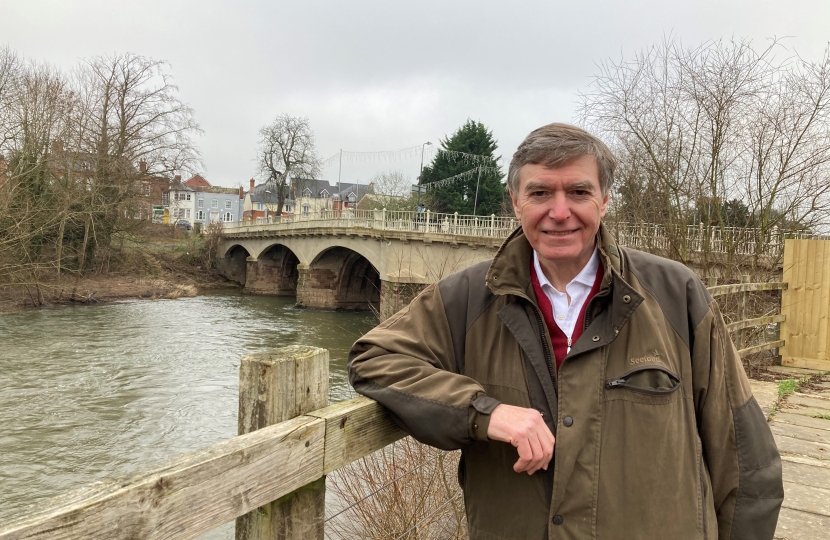 South Shropshire MP, Philip Dunne, has welcomed the announcement by DEFRA Ministers last night that the Environment Bill will be strengthened to clamp down on sewage pollution.

Following pressure from Conservative MPs, supporting Mr Dunne’s efforts, the government has announced a new amendment to the Environment Bill that will see a duty enshrined in law to ensure water companies secure a progressive reduction in the adverse impacts of discharges from storm overflows. This will complement the existing measures to cut water pollution in the Bill, much of which was inspired by Mr Dunne’s Private Members Bill, the Sewage (Inland Waters) Bill.

Mr Dunne said: “Since I first raised the issue through my Private Members Bill, Ministers have been very receptive to ideas on how to reduce sewage pollution being discharged into our waterways, and have engaged with me and others on the best way to do this. I am very pleased that, following the debate on this issue in the House of Commons last week, the government have devised a workable amendment, which will place a duty on water companies progressively to reduce the harm caused by routine use of storm overflows. This will make a major contribution to cleaning up our rivers and waterways, to place them at the heart of our nature recovery.

I have said repeatedly that there is no quick fix for this issue. But this latest amendment from the government is a real victory in the fight to end sewage pollution in our rivers and streams, which form the arteries of nature across the country.”

Commenting on the passage of the Bill through the House of Lords, Mr Dunne added: “I am grateful to the Duke of Wellington, a cross-bench peer, for taking up the principles of my Private Members Bill and championing their implementation through the Lords stages of the Environment Bill, securing support from all sides of the Lords.”

In periods of heavy rain, storm overflows release diluted wastewater into rivers, preventing a combination of sewage and rain from overloading the sewers and backing up into homes and businesses. They are supposed to be used only in exceptional circumstances, but due to increases in rainfall and greater pressure on the Victorian sewerage system due to population growth, their use has become routine.

The government has already included significant measures in the Environment Bill to reduce the use of storm overflows, including: