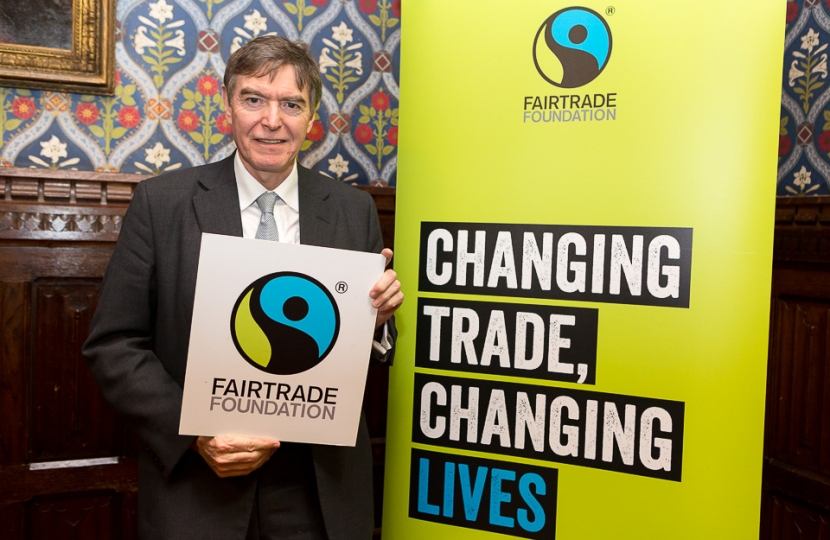 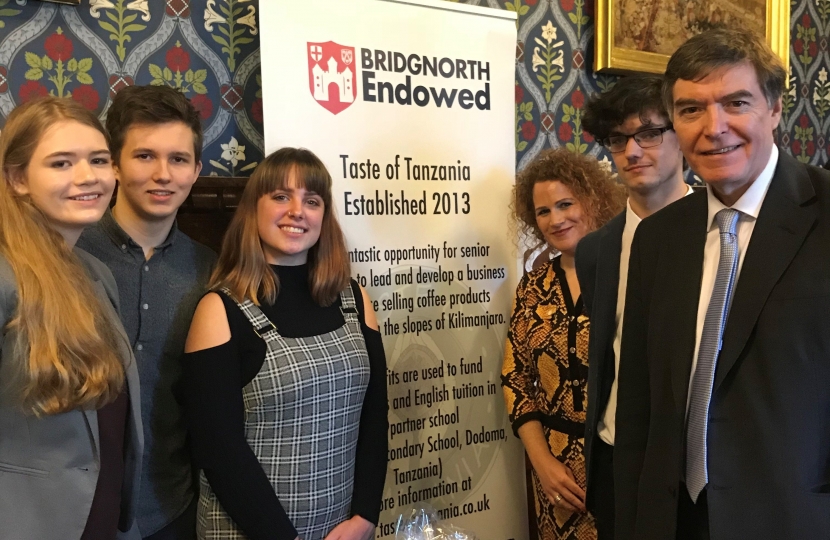 Fairtrade Fortnight 2018, from Monday 26 February until Sunday 11 March, will challenge the British public to open their doors to Fairtrade and help close the door on the exploitation facing farmers and producers in developing nations.

The event, sponsored by Co-op, gave parliamentarians from across the political spectrum the chance to show their support for Fairtrade, chat to supporters and campaigners, hear the stories of Fairtrade producers and sample some delicious Fairtrade produce.

In 2013 students from Bridgnorth Endowed School set up a coffee selling business (Taste of Tanzania), using Tanzanian coffee from the slopes of Kilimanjaro, aiming to support the education of the children of Umonga Secondary school, Dodoma. Every penny of profit purchases extra English and Maths lessons for students who are taught and examined in what for many is their third language, English.

Mr Dunne said: “I was pleased to be able to show my support for Fairtrade, which can help ensure producers around the world get a fair deal.

I was thoroughly impressed by the pupils from Bridgnorth Endowed who travelled to Parliament to show off their Fairtrade coffee, which raises money to support education in Tanzania.

I hope South Shropshire shoppers will continue their great support for Fairtrade, to ensure that farmers and producers in developing countries get a fair price for their product.”