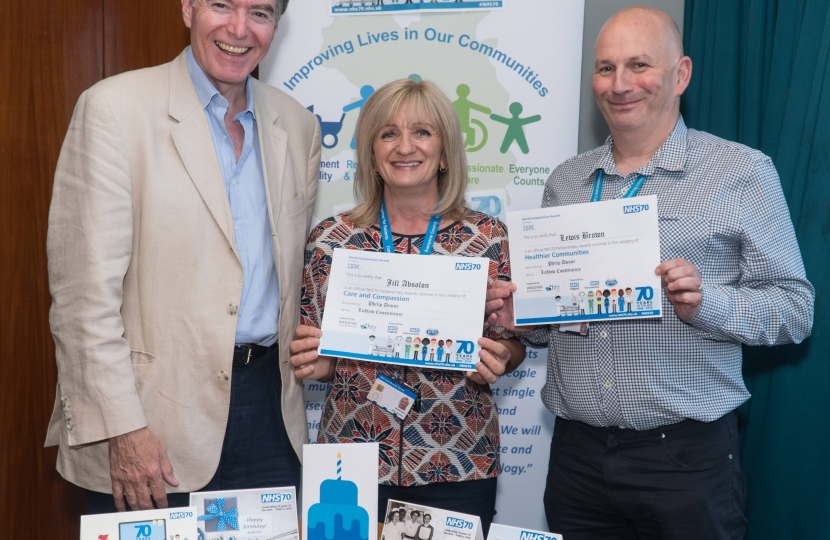 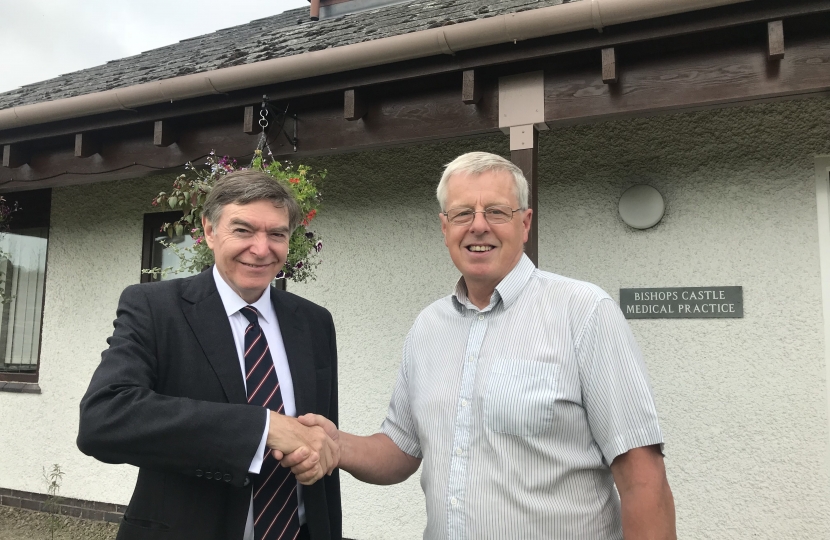 South Shropshire MP and former Health Minister Philip Dunne was on hand to present certificates to local health champions, as part of the NHS70 Parliamentary Awards.

Mr Dunne nominated three Shropshire candidates for recognition in the awards, all working in the NHS in South Shropshire for many years – Dr Adrian Penney, for the Lifetime Achievement Award; Jill Absolon, a Paediatric Physiotherapist, for the Care and Compassion Award; and Lewis Brown, an Occupational Therapist, for the Healthier Communities Award.

Mr Dunne said: “Having nominated three great stalwarts of the NHS in South Shropshire for recognition earlier this year, I was delighted to present Adrian, Jill and Lewis with their certificates, as part of the NHS70 Parliamentary Awards.

In different ways, each of them reflects years of commitment and hard work shown by staff across the NHS, but their particular dedication to health and wellbeing in Shropshire was worth recognising as part of commemorations of the 70th anniversary of the founding of the NHS.”

Dr Penney was nominated for his outstanding commitment since joining as a GP in Bishops Castle in 1985. He once refused to cut his hair until the community hospital, in desperate need of repair, was refurbished, raising thousands of pounds to support it.

Jill Absolon was put forward for her work with children and families in Shropshire for over 25 years. She works mainly with children under 5 who have lifelong conditions, some of which are life limiting.

Lewis Brown was nominated for his work with local children with motor co-ordination difficulties, including helping them to reach their goal of learning to ride a bike, which is a real challenge for many and gives a real boost to their confidence and willingness to tackle other issues they face.