Dunne celebrates contribution of farming for Back British Farming Day 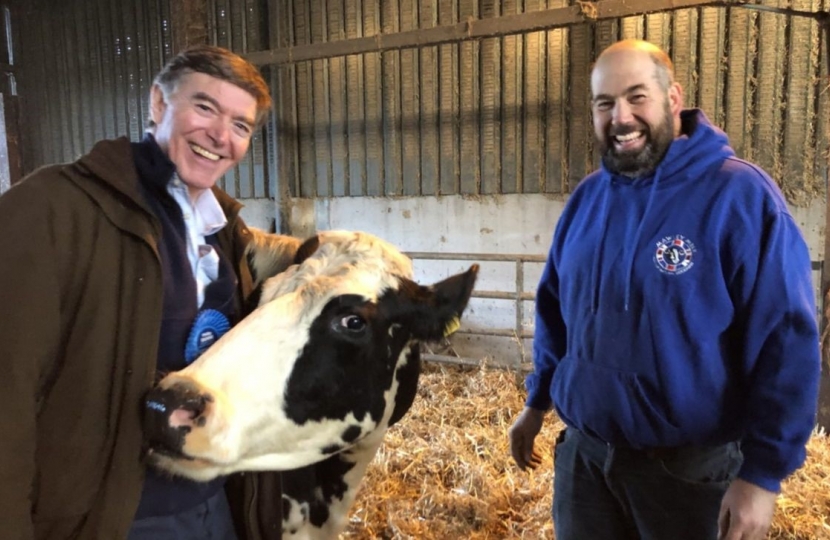 Philip Dunne MP has championed the contribution of farming to South Shropshire and the UK, as part of Back British Farming Day.

Now in it's fifth year, the campaign run by the NFU provides a focus to celebrate British farming values and highlight its importance to the UK economy. British food and farming contributes over £120 billion to the UK economy each year and employs four million people.

Shropshire has more people working in agriculture than any other local authority except Herefordshire and Cornwall.

Mr Dunne, a farmer himself, said: “Farming’s contribution to South Shropshire is vast – through providing employment, great produce for food and drink, and preserving the beauty of our environment, which attracts tourism from all over the UK and the world.

I am delighted to show my support for Back British Farming Day, and encourage the public to do the same, through supporting great local produce and enjoying the countryside responsibly by following the Countryside Code.

As the UK leaves the EU, I shall be pressing the Government to adapt public sector food procurement to encourage buying British produce for schools, hospitals and military catering where possible.”

Today we have published our Covid-19 UK Vaccines Delivery Plan, setting out how we plan to deliver the biggest vaccination programme in British history, to protect all those who need it most as quickly as possible.