Dunne backs campaign to hear birdsong in the charts 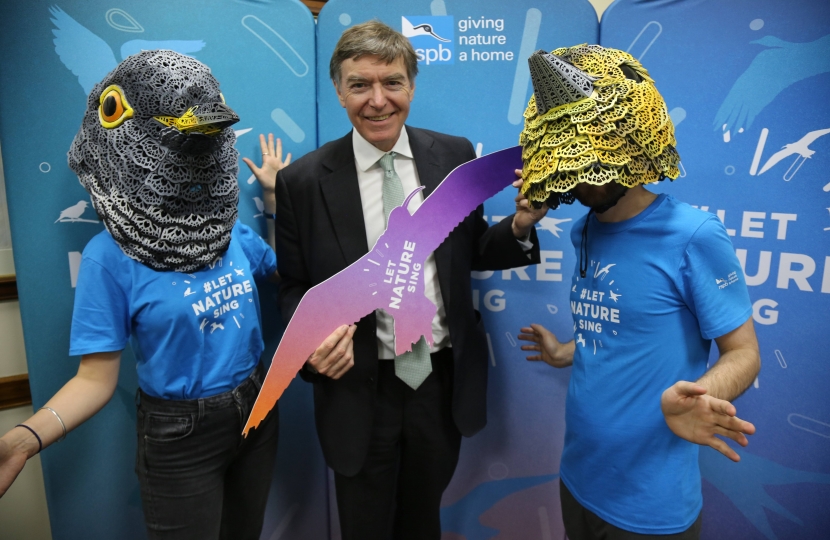 South Shropshire MP Philip Dunne is backing an RSPB campaign to get birdsong into the charts, to highlight pressure on bird populations in the UK.

The Let Nature Sing campaign is calling on the public to download, stream and share the single and help get birdsong into the charts for the first time. The single contains some of the most recognisable birdsongs, which are in danger of disappearing forever like the Cuckoo, Nightingale, and Turtle Dove. Today, there are 40 million fewer birds than there were 40 years ago.

The single uses sound recordings from RSPB nature reserves around the UK.

The single is available on all major platforms and it is hoped will reach the charts for International Dawn Chorus Day on 5th May. More information and access to the download can be found at www.rspb.org.uk/letnaturesing.

Mr Dunne said: “While I heard my first cuckoo last week, like many Salopians the sound of birds in our gardens, hedgerows and woods is a common occurrence we can take for granted. So many will not be aware of the pressure on bird populations across the UK, including some of those with the most recognisable songs, like the cuckoo or nightingale, or here in South Shropshire one of the few breeding areas for the curlew left in England.

It is important to highlight this pressure. So I am pleased to support this single, and encourage people to download or stream it ahead of International Dawn Chorus Day on 5th May.”

The Business Secretary, Alok Sharma, wrote for The Sun on Sunday thanking workers and businesses for their support during the coronavirus pandemic.