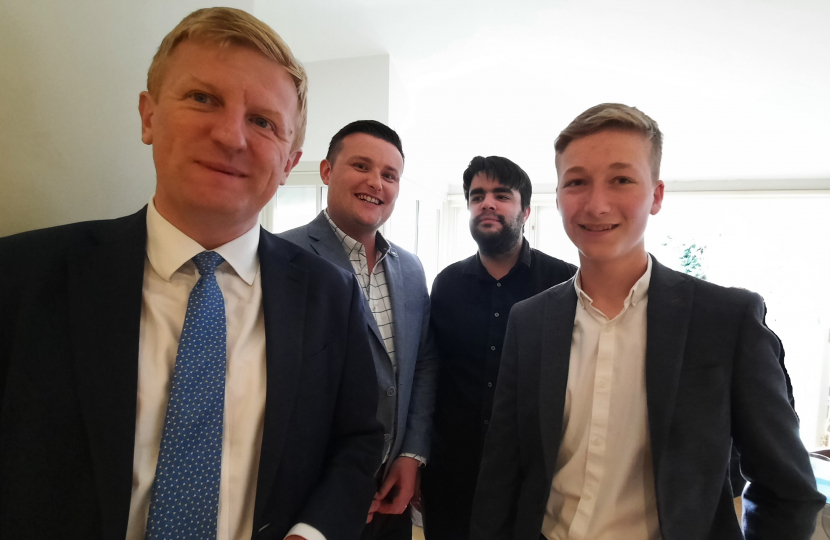 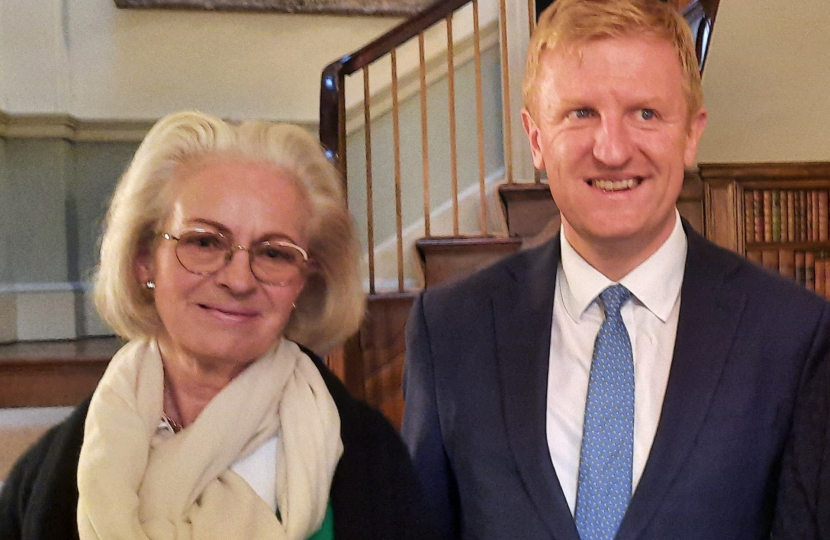 The Co-Chairman of the Conservative Party, the Rt Hon Oliver Dowden CBE MP, visited Ludlow on Wednesday evening where he met and took time to speak with many members before answering a wide spectrum of questions from those gathered.

Our Campaign Team Chairman, Cllr Richard Marshall, was at the event and said" “I thought Oliver’s speech was honest and quite inspirational. I feel that as Conservatives we have so much locally and nationally to be proud of. The vaccine roll out was incredible and we were one of the first nations to open up and our economy is one of the fastest growing in the G7.  Locally we are improving roads and providing an extra recycling bin, 2 of the 3 local manifesto pledges” .

Photo 2 Host for the evening, Virginia Webb with The Party Chairman.

Plans from Severn Trent Water to deliver bathing quality river water near Ludlow have been welcomed by Philip Dunne MP.