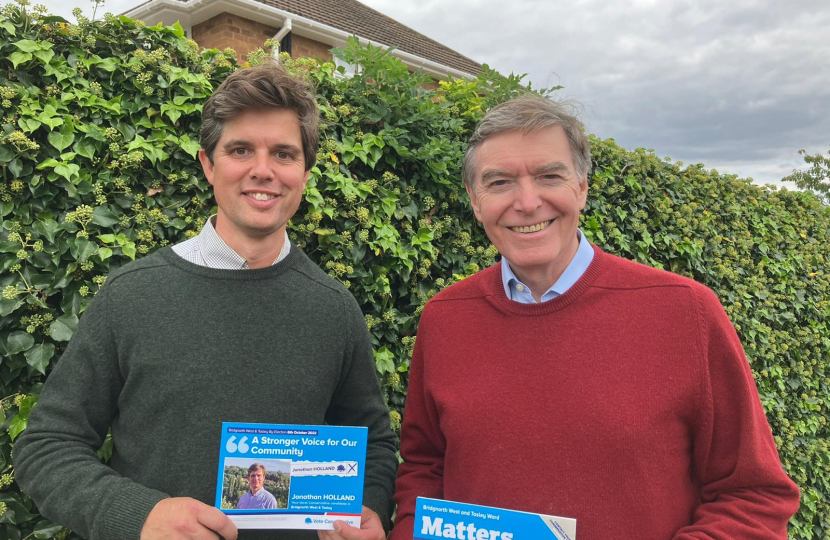 Jonathan said: "I would never have wished for the Bridgnorth West & Tasley by-election to be taking place. The sad and sudden passing of Cllr Les Winwood was the loss of a dedicated public servant to our town and the personal loss of a friend for myself and many others.

The by-election has been called by the Labour Party – sadly before those close to Les have been able to attend his funeral and say their goodbyes – and will go ahead on Thursday 6th October.

For my part, I am determined to honour Les’ approach to politics – decency, honesty and putting residents first.

Whether or not I am elected next week, it has been a privilege to stand for the people of Bridgnorth West and Tasley once again and I am glad to have shone a light on the decades of service of my good friend Cllr Les Winwood."

If you have an issue local to Bridgnorth West that you need help with, contact Jonathan:

Our Plan for a Stronger Economy

Read about how our plan is tackling inflation and helping you with the cost of living.